There are various trail web pages that you can subscribe to for GPX files of almost all the trails in the US. However, if you are thrifty and would like to make your own for free, it is relatively easy to create a GPX trail that you can use on your watch or phone from a non-georeferenced trail map. For the curious techies, non-georeferenced simply means that the trail map has no metadata for placing the map in its appropriate location in a GIS (geographic information system) application. I'll now describe how to (1) georeference the trail map and (2) then hand-trace the trail into a GPX file. General instructions on how to georeference a raster image can be found here.


If you are already familiar with GIS, feel free to use or make your own base map for the area of interest and skip to the Georeferencing the Map section below.

Trip Overview I had been itching to go on another trip, and I identified Henry Coe as yet another great spot to backpack in the neighbo... 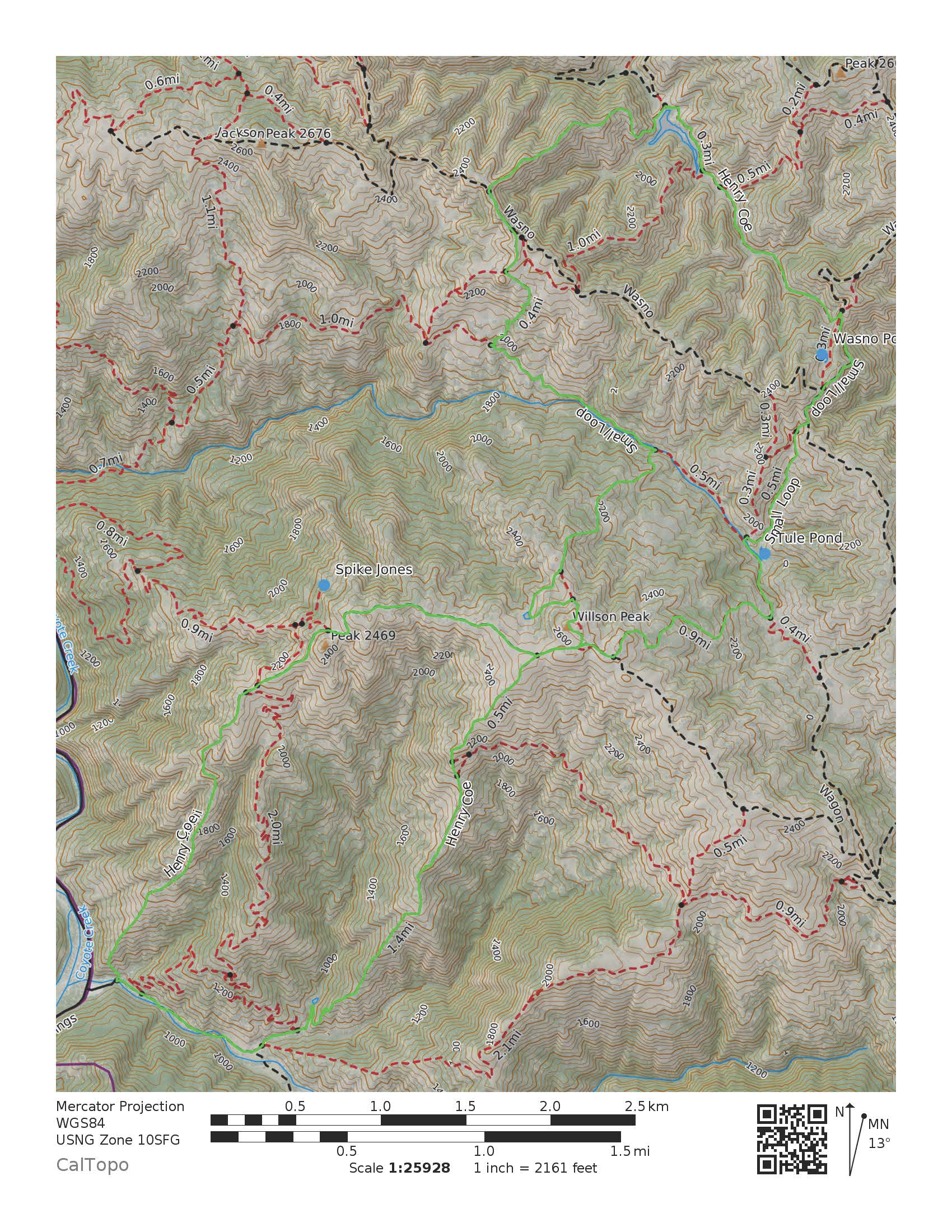